The number of tourists coming to Vietnam increases every year. We understand you want to travel and explore some new spots that are not touristy. Today, let's take a look at one of the sacret mountain in the South of Vietnam that not so many foreigners know about.

We believe that 5 facts about Black virgin mountain will not only provide you some interesting information but also inspire you to join us on the Vietnam trip. Let’s start! 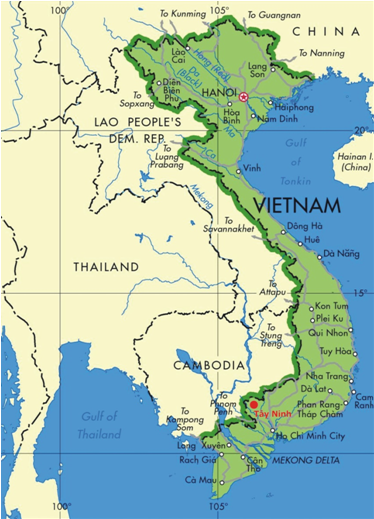 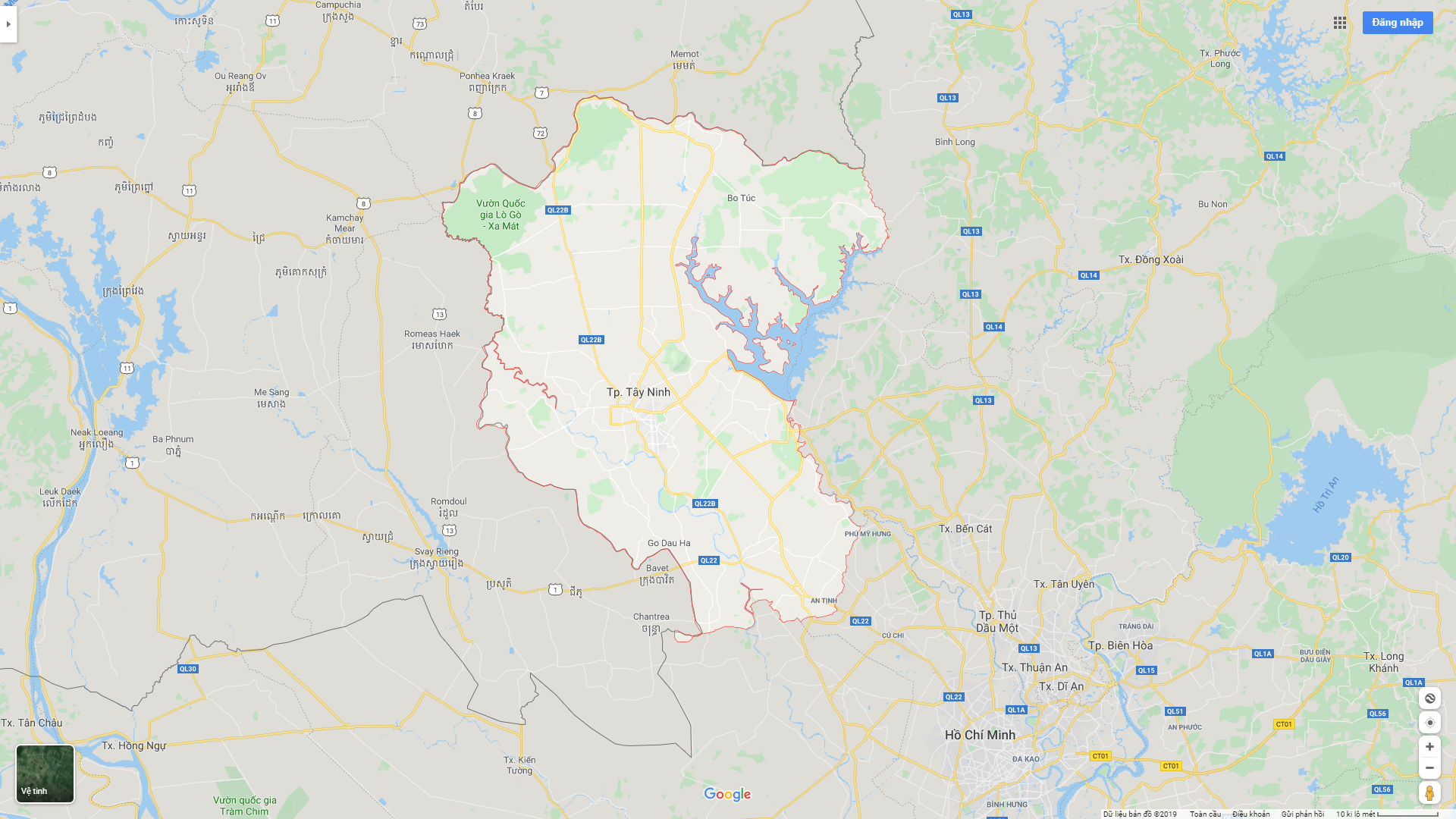 Tay Ninh province is an area in the South of Vietnam, next to Cambodia. Source: Internet.

Fact 1: Black virgin mountain is the highest mountain in the south of Vietnam 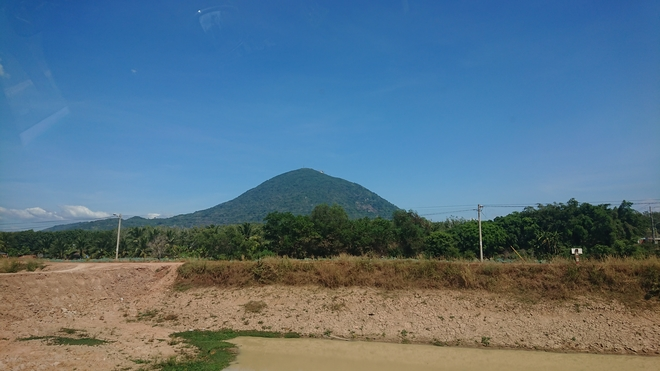 Fact 2: During the Vietnam war, Black virgin mountain was used as a decisive base camp of both sides.

Vietnam souldier on the top of Black Virgin mountain in 1972. Source: Internet

Standing out of the flat region of the Mekong delta, Black virgin mountain is truly a strategic location for sides in sight. During the Vietnam war, there are many fights had happened from the bottom foothill to the top of the mountain before it was returned to Vietnam soldiers on January 6th, 1975.

Fact 3: In Vietnamese, black virgin mountain is called Núi Bà Đen based on some folk tales. 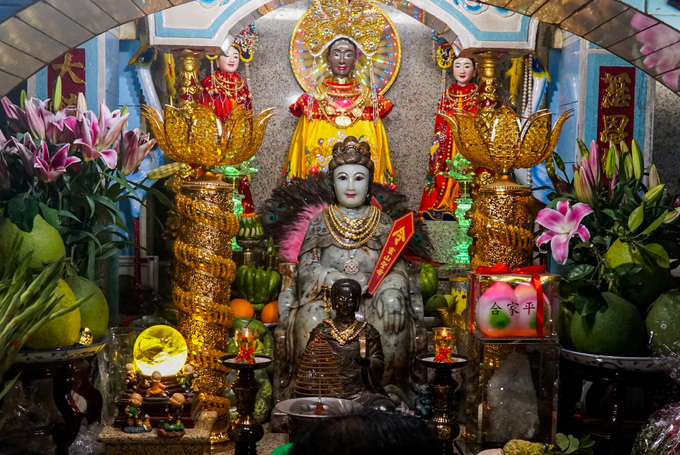 The statue of Black Virgin lady in the temple up to the top of this mountain. Source: Internet.

The legend of Black virgin mountain is about a girl named Ly Thi Thien Huong, son of Mr. Ly Thien - the mandarin of Trang Bang Nguyen Dynasty and Dang Ngoc Phung - a native of Binh Dinh. She is as beautiful as flowers, elegant like a swan so much attention was on her. In the village, there was a boy named Le Sy Triet who was orphaned by both his father and mother, and was fortunate to be nourished by the Buddhist monk.

A mandarin wanted to kidnap Thien Huong to force her to be his wife. He had servants to kill her on his way to the mountain to worship Buddha. In the midst of danger, Le Sy Triet bravely rushed out to protect her. Touched by the generosity of the guy, Thien Huong recalled to his parents and his parents agreed to marry Le Sy Triet.

However, the two men did not get married, Le Sy Triet had to enlist in the army. Thien Huong promised at home to keep the full list waiting for her husband. One day, she went to the mountain to worship Buddha and visited her husband's father, Tri Tan, who was surrounded by Chau Thien and tried to humiliate. Thien Huong ran along the road and dived down the mountain to kill herself to be loyal to Le Sy Triet. 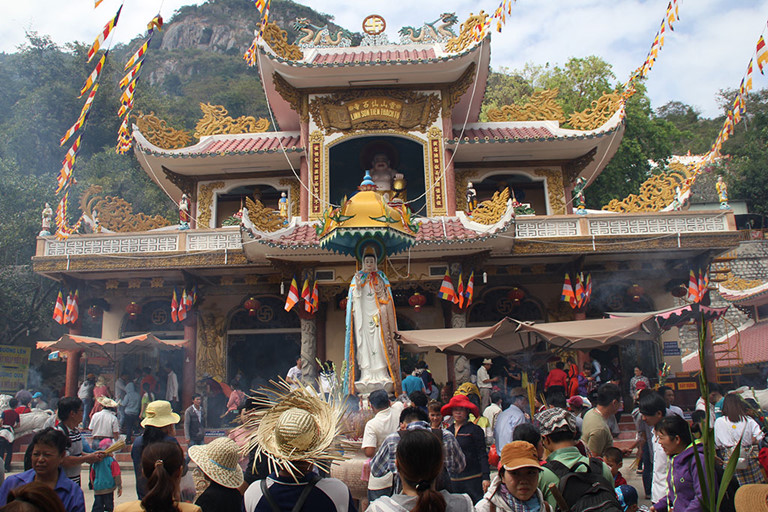 Black virgin pilgrimage is a traditional event that happens on the 4th and 6th of May (Lunar calendar) annually. This attracts millions of Vietnamese people to come, visit and workshop Black virgin lady. On the 14th of August, 2019 Black Virgin pilgrimage becomes the intangible cultural heritage of VIetnam. Until now, Tay Ninh province is the home of 4 precious heritage.

Fact 5: From the bottom, electric cableway is available to go to the top but you can attempt to climb up by a few different routes. 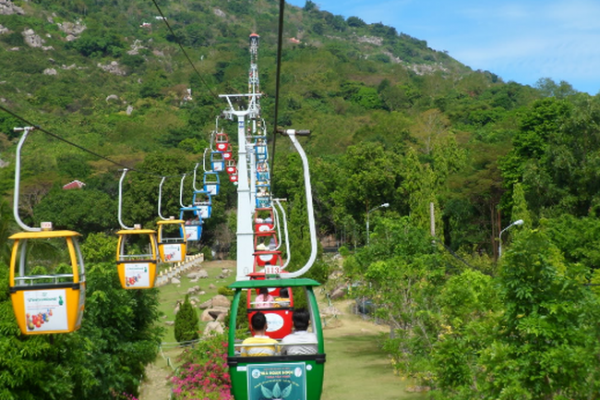 Going to the top by cable bin system. Source: Internet. 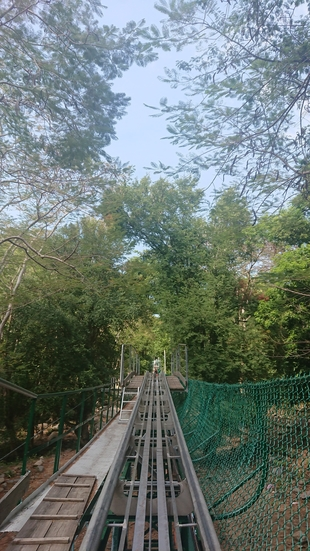 Or the roller coaster and you can spend time chilling underneath the shadow of trees on the way. Source: Tiger Tours.

Last but not least, since cable system was installed, you have more than one choice to attempt the temples which are very close to the top of the mountain in just 15 minutes. Currently, we are building a whole new system to carry way to the top. For people love the feeling of “winning” the nature, they can learn about the geography of this mountain and pick a way to climb up based on the strength and skills.

After reading 5 facts about the Black Virgin mountain, I bet you would like to come, see, and experience it. Let's go with the Tigers to learn more about this mountain.