This fascinating phenomenon only happens during ebbing tides, those secret routes will reveal themselves creates a magically spectacular scene.

Hon Ba is one of those places where it has the phenomenon. This is an island which has acreage of proximately 5.000m2, located in Bai Sau beach (Vung Tau city), 200 meters away from Nghinh Phong apex, and another wonderful sight. On Hon Ba Island there is shrine called Ba shrine (or Hon Ba shrine). 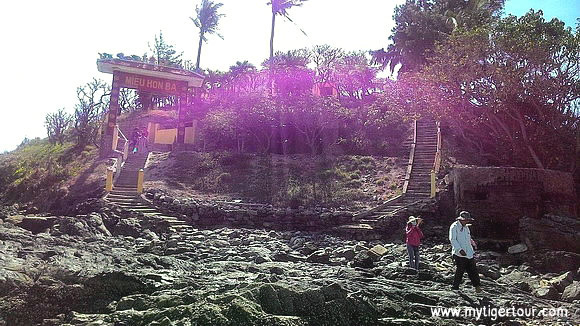 With Ba Ria-Vung Tau local residence as well as people from other cities like Ho Chi Minh, Dong Nai, Tay Ninh, Can Tho, Tra Vinh, Vinh Long,… Hon Ba shrine’s a sacred place for religious worshiping and admired for generations. When the tides come, tourists can travel by boats or ships to the island and visit the shrine but the most interesting experience of all is to go to the island on foot. 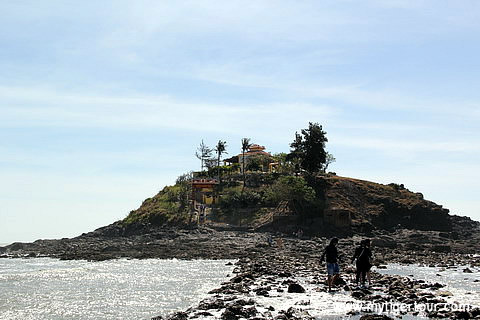 On two days, the fourteenth and fifteenth of every month according to the lunar calendar, the tides are so low in the afternoon that a “hidden secrect” rocky route appeared; tourists can park their vehicles at Thuy Van beach and walk down the beach to the foot of Nghinh Phong apex, along the rocky routes straight to Hon Ba shrine. 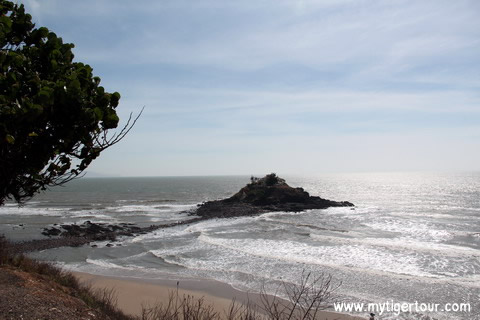 The line of people may be crowded around this time but there will be no hustling whatsoever because everybody realize, to visit a sacred place like that, they have to keep their mind calm.

When speaking of ocean crossing route, almost everyone will think of the legend about the great Moses and his followers on the journey to the Holly land. According to legend, when Moses and his followers was caught up by the Egypt army, Moses used his mighty staff, parting the Red Sea to save his people.
For many, those stories are only legend and the strange event will never happen in real life. But scientist had proved otherwise, such event did happen at a specific location; a spacious rocky, sea parting road that connects Jindo island and Modo island of Korea. On some specific days of the year, when tides are at its maximum lowness, the sea between Jindo island and Modo island will part, reveal a serect road from one island to the other. This route spends most of its time hidden away, sleeping underwater.

However, every two or three years (usually falls on March and June), the route will let itself be known by appearance and attracts a lot of tourists come to Korea and visit. From local’s experience, the road is 2,9 km in length and 40m wide

When the magnificent event of seas parting, hundreds and hundreds of people fly from all around the world to Korea to witness it, They can walk on the magical road, see all the beautiful sights, take a lots of memorable picture or even try to catch some sea creature along the line,…without worrying the water the crash or anything like that. More information about this secret island, please read it on National Geographic News

The sea parting phenomenon also happens on an island lies between Muodaixi river and Longshi village of Van Duong, Trung Khanh, China. In China, turtle is a sacred animal symbolized longevity. A ledge that resemble a turtle head only appears around this time, when Tam Hiep dams discharges their water to the downstream and when the water level is about 163 to 168 meters. A small island has become a popular tourist attraction in China.

At a normal water level (175meters), the island is only a small dot. When the water is low, at 145 meters depth, the ledge will lengthen out and connect to the main land. This natural event quickly be known in recent years, attach a large amount of tourists come and visit the island and islands around it.
Mr. Meng Liu, a local said: “Everyone think it a signal for the upcoming spring, but we call it a turtle rising season.”