Today, on the 2nd of September, Vietnam celebrates the National Day with the street full of light and heart full of love. Tiger Tours want to bring to you some pictures of the old-and-new Saigon as a way to share our pride of the city.

Back into the history, on the 2nd of September 1945, President Ho Chi Minh read the Declarations of independence of Vietnam at Ba Đình Square in Hanoi on 2 September 1945.

“Vietnam has the right to be a free and independent country—and in fact it is so already. And thus the entire Vietnamese people are determined to mobilize all their physical and mental strength, to sacrifice their lives and property in order to safeguard their independence and liberty.” - from Declarations of independence of Vietnam 1945

After the independence day in 1975, Vietnam celebrates the National Day annually on Sep 2nd. There has been so many things changed, let’s go on a tour with Tiger!

In 1912 the market was built and finished in 1914. Through many years, the authority did not give the market any name but generally called it as The central market. The building was renovated in 1985. 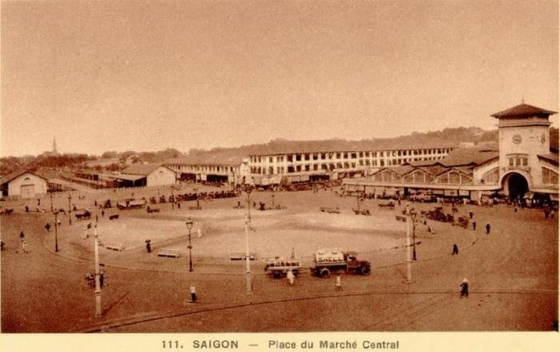 The vehicles suggest that this was taken in the 1920's. Source: Internet 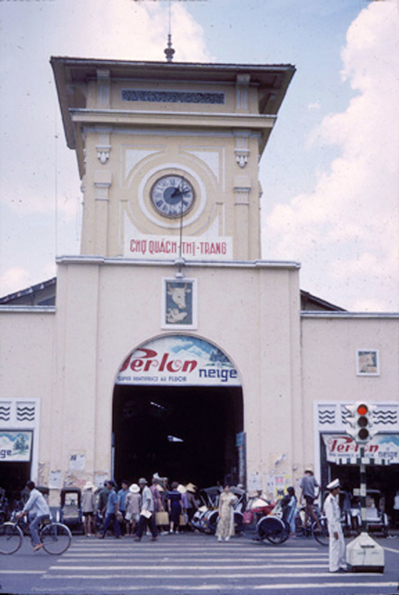 The name of this market is Quach Thi Trang in 1965. Source: Internet

In 1965, this market was named Quach Thi Trang to commemorate Ms. Quach Thi Trang, a brave female had stood up for the right of freedom in religion, led a protest of 5000 students in front of the market in 1963. But this name was dismissed some time without any announcement. The local people later used the name of Ben Thanh to call the market until today. 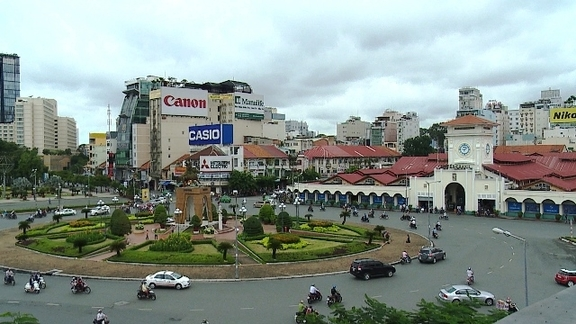 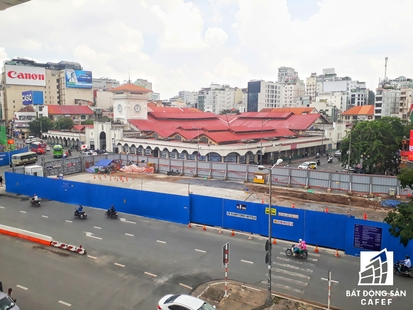 The Quach Thi Trang roundabout was removed in 2014 for the metro construction of the city. Source: Internet

It is popular with tourists seeking local handicrafts, textiles, áo dài and souvenirs, as well as local cuisine. The price is higher than that of other markets in the city, but the quality is relatively better. You can have a walk to explore it, but make sure with every purchase, bargain down to have a good price. 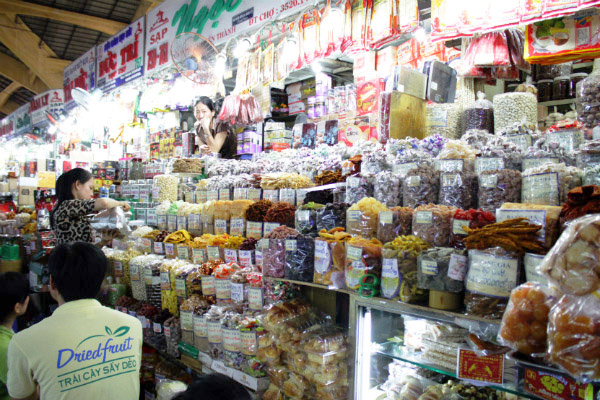 From 7 pm, the shops inside the market closed, giving way to the appearance of the stalls in three directions East, West and North. This is the time when Ben Thanh Market transformed into a charming night market. The food store offers you many choices such as baked goods, seafood, beer, specialty dishes …

Ben Thanh market has witnessed important events of downtown Saigon. Until now, it becomes the symbol of the city in the eyes of tourists all around the world. So if you have a chance to visit Saigon, it is an unforgettable experience to see the local life by walking through the market.

Let’s hop-on a motorbike to explore the city with our friendly Tigers or you can design your own experience with us.