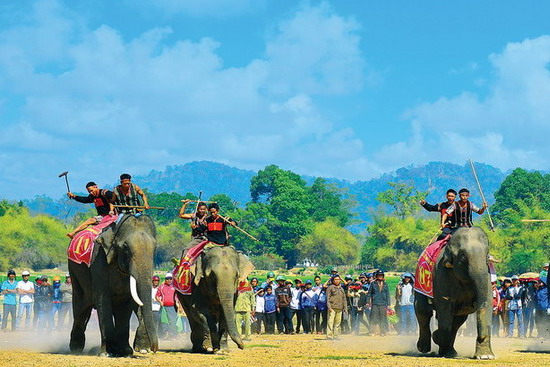 • When: one every two year, fall on March of the lunar calendar.

• History: N’Thu K’Nul, was a legend when it came to taming wild elephants. He was born in 1828, lived through the age of 110, he was crowned the “King of Elephant” in his time. When he passed away, the people of his village mourned for his talent and every, remember him and his success through the festival.
Highlight activities: Water (god) Ceremony, praying ceremony for Elephant’s health, buffalo party, display of Highland’s culture (Cong Chieng festival), elephant soccer game and elephant’s shower after all activates ended. 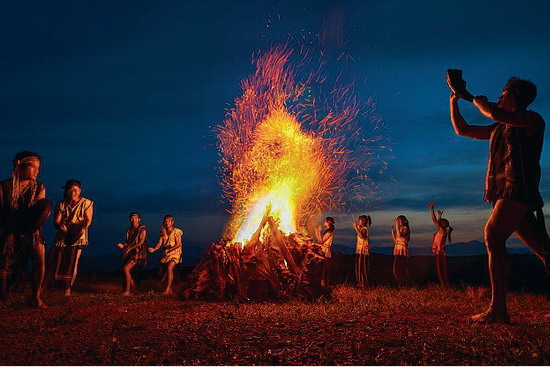 • Meaning: Hoping for a better start for the agriculture season.

• Why should visit: To see all the festival, experience the food and the liveliness of Vietnam’s Highlands culture.

• When: Falls on the third day of the third lunar month

• Where: All of Vietnam

• History: During the Spring and Autumn period, Prince Chong'er of the state of Jin endured many hardships while he was exiled from his home state because of the Li Ji Unrest. While heading towards the Beidi, only 15 men accompanied him, one being his friend and subject Jie Zitui. Jie Zitui was the only one who followed the prince through his 19 years of hardships, seeing his final ascension to the throne as Duke Wen of Jin.
Later, when Chong'er became Duke Wen of Jin, he ordered a search for Jie Zitui who had gone into hiding in the remote mountains with his mother. Jie Zhitui had no political ambitions and felt ashamed to work with his hypocritical fellows, hence refused invitation of the Duke. Duke Wen ordered the mountains to be burned down in order to force Jie out of hiding. However, the fire ended up killing Jie and his mother.
Filled with remorse, Duke Wen ordered that each year during these three days the setting of fire is forbidden – all food was to be consumed cold. Therefore, the Festival is thus named.

• Highlight activities: People cook glutinous rice balls called bánh trôi. Historical researches indicated that it was more likely related to an ancient tradition of changing the fire during spring. In ancient China, Ancient Chinese will use different types of wood for ceremonial fire that was changed according to the seasons. Therefore, during the period between the change of wood and the arrival of the new fire, it was prohibited to light any fire, even for cooking. 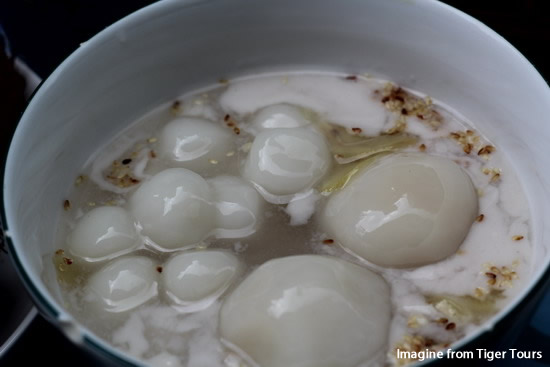 • Why should visit: To understand more about Vietnamese culture and taste the delicious Banh Troi

• When: Fall on March of lunar year

• History: Phu Day is a historical architecture’s complex in the province Nam Dinh of Vietnam, the complex had deep historical connection with Lieu Hahn Lady, a famous figure in Vietnam’s history. 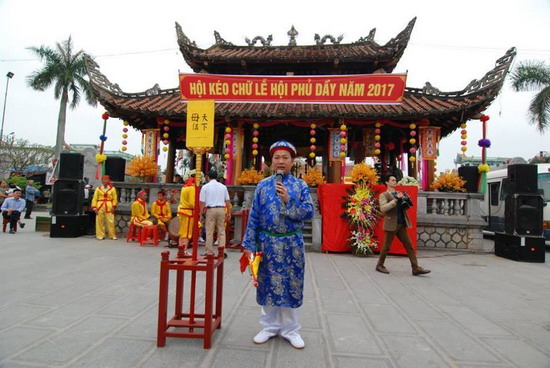 • Highlight activities: Pagodas visiting, people praying for good luck. One of the most important festival of the people of Nam Dinh

• Why should visit: To understand more about Vietnamese culture 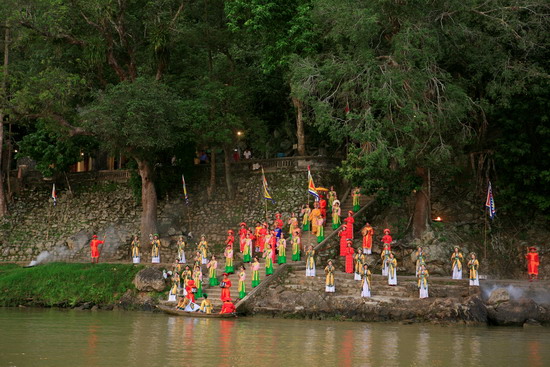 • When: Fall on March and July of lunar calendar

• History: From 1883 to 1885, in a particular hard time in history for the Nguyen Dynasty, King Dong Khanh waited for years to sit on the throne after his father, King Tu Duc. He asked his mother, lady Kien Thai Vuong, went all the way up to the island Ngoc Tran to ask Y A Na, the head priestess for his empowerment. The priestess said he would have what he desired.
Hence, when Dong Khanh came into power in 1886, he rebuilt and paying respect for Y A Na to show his gratefulness. He even called her “Chị” an address to older people in term of ranking to Y A Na, a humble gesture although he was King.

• Highlight activities: people heading to the shrine for good luck (by colorful boats), religious ceremonies related to the shrine, decorating’s. And the meaning is paying respect, wishing for luck,…

• Why should visit: The festival is not only revolve around the religious side of Vietnam but also the cultural side because Hon Chen shrine is surrounded by magnificent sceneries.

• When: from the fifth to the seventh of March, lunar calendar

• History: In the beginning, the Thay shrine is a small shrine called Huong Hai, where a famous monk Tu Dao Hanh stayed and managed. King Ly Nhan Tong later on added another two shrine to the complex; shrine Cao (On top of Son Tu Mountain) and shrine Duoi (another name is Ca shrine). In the early 17th century, Dinh Quan princess with some royals’ member took charge of the renovation, built the main chamber, Phat and Thanh and other places. According to legends, the complex was built under a dragon line of land. In front of the complex, left side is Dragon Head (Long Dau) hill, in the back and right side of the complex is Sai Son Mountain. The complex facing South, sandwiched between Sai Son and Long Dau is a lake called Long Chieu or Long Tri (Dragon lake). The backyard is the jaws of the dragon. 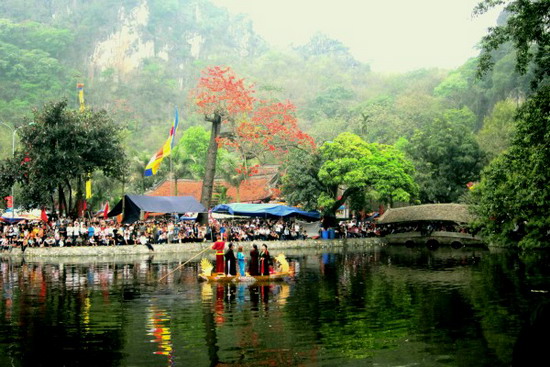 • Why should visit: Water puppet shows