Vietnamese people for thousands of years with traditional spirit “When drinking water, remember its source”. Vietnam traditional festivals is the type of cultural activities, the spirit of the people was formed and developed in the process of historical formation. A temple visit is part of most festivals; let’s find out Vietnam's most important festivals in March with the Tigers. 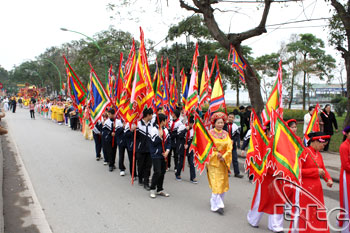 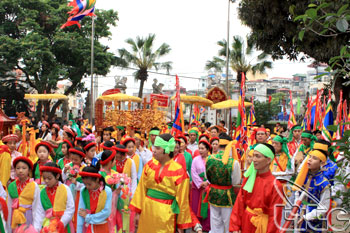 • Highlight activities: Main ceremony conducted by the elders; dragon dancing; Palanquin ceremony. Apart from the ceremonies, there are also many folk games such as Human chess, Cock fighting, Boat racing, etc.
• Why should visit: Yên Phụ temple festival is one of Vietnam’s historic heritages. Besides joining in many interesting activities, you can learn more about Vietnamese ancient architecture and history, especially about chauvinism and bravery of the Vietnamese through 4000 years.

2. Mạch Lũng temple festival
• When: February 10th to 12th (Lunar calendar) or March 7th to 9th (Wetern Calendar)
• Where: Đông Anh district, Hà Nội
• History: Legendary speaking, on the 18th Hung King, there were three heroes (which were three dragons coming from the sea) who helped people avoid natural disasters (flood, drought, storm) and settle down their life. Because of their great merits, Hung King canonized them as Minh Mỗ Đại Vương and had people built the temple as well as worshiped them regularly. 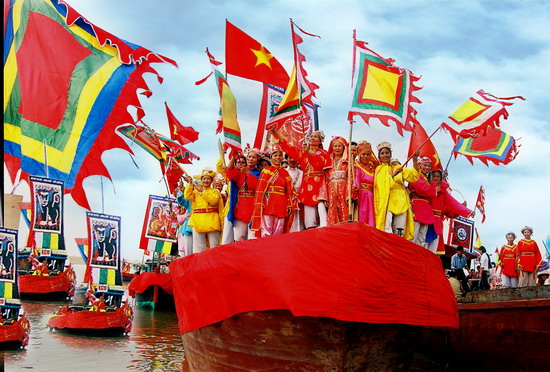 • Highlight activities: Offering incense ceremony, Palanquin ceremony, Northern traditional music performances, etc.
• Why should visit: This is a good chance for you to find out more about not only the unique architecture of Mạch Lũng temple but also about culture and beliefs of the ancient Vietnamese.

3. Quán Thế Âm festival
• When: February 19th (Lunar Calendar) or March 16th (Western Calendar)
• Where: The Marble mountain, Đà Nẵng.
• History: This festival is one of the biggest festivals in Đà Nẵng, which aims to show respect and gratitude towards Quan Yin bodhisattva. Quan Yin plays an important role in Buddhism and religious life of Vietnamese people as she always appear to rescues those who are suffering. The festival was first organized in 1960, however, due to some reasons, it was closed until 1991. Nowadays it is an annual festival which attracts thousands of people every year. 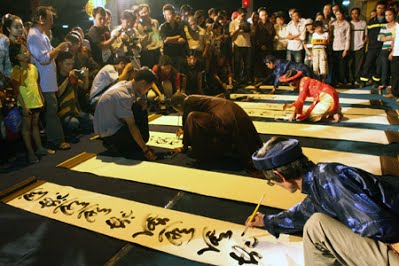 • Highlight activities: Escorting Bodhisattva ceremony, Praying for peace ceremony, Painting exhibition, Bài Chòi performance (a traditional art of the Central Vietnam).
• Why should visit: Almost 70% of the Vietnamese follow Buddhism so this festival will help you have a closer look at how life is going on here. Besides, if you’re interested in culture and history, Quan The Am is definitely a must-do.